As an inductee in the National Toy Hall of Fame, the View-Master has been bringing joy and creativity to American homes for over half a century. Originally created to immerse people into a 3-dimensional tour through the Disneyland park, even today's imaginations are able to run wild through the use of this toy. In the 1980s, everybody who was anybody had at least one of them, with a collection of reels that ranged from movie clips to photos of science and nature. We brought back that nostalgia in 2018 by creating an interactive sweepstake that included one of these treasured toys. The goal was customer engagement and to get people talking, and we did just that.

Southeastern Mills is a fourth-generation food company that offers a wide range of ingredient solutions for food processors, foodservice companies and consumers.

Southeastern Mills first introduced its customers to the retro “View-Master” toy as part of a customer engagement campaign in 2015. The viewfinders were re-purposed again in 2017 when they decided to take a creative spin on showcasing their new "C.A.R.E" program in a custom wooden box that included another View-Master and a custom reel. In 2018, Southeastern Mills challenged us with developing the third installment of a customer engagement that leveraged the viewfinders. They wanted to find a way to use the viewfinder in a way that was different from the previous two campaigns

The previous two campaigns that utilized the View-Master were deemed successful, but the results of those campaigns were largely collected through anecdotal and subjective measures. A key to our project was to find opportunities to use the viewfinder in a manner that would create concrete engagement numbers. Another metric of success was our ability to leverage the emerging social media channels that Southeastern Mills were actively investing in to create connections with current customers and increase brand awareness among potential customers.

Our overall objective was to create a memorable and informative View-Master reel, and then develop and launch a sweepstake to create customer engagement. With that in mind, Overtone developed several ideas for Southeastern Mills to consider.

Their selection was to showcase five cities in the U.S. as Southeastern Mills’ “Top Five Food Cities” for 2017 or 2018. We paired a View-Master reel that reveals our top cities with a small booklet to give additional information about each city that is featured in the reel. To incentivize each recipient to engage with the mailer, we suggested pairing it with a contest/sweepstakes.

To tie into the food city theme, a contest offering a weekend trip to one of the five food cities was launched in conjunction with the booklet and View-Master. Each booklet included a unique code per customer and a trackable landing page where customers could enter their individual code and personal information in order to enter the sweepstakes.

The sweepstake was promoted on LinkedIn using organic and sponsored messaging. In addition, email campaigns were used to notify current customers of the sweepstakes opportunity and to encourage entry as the deadline to entry approached. 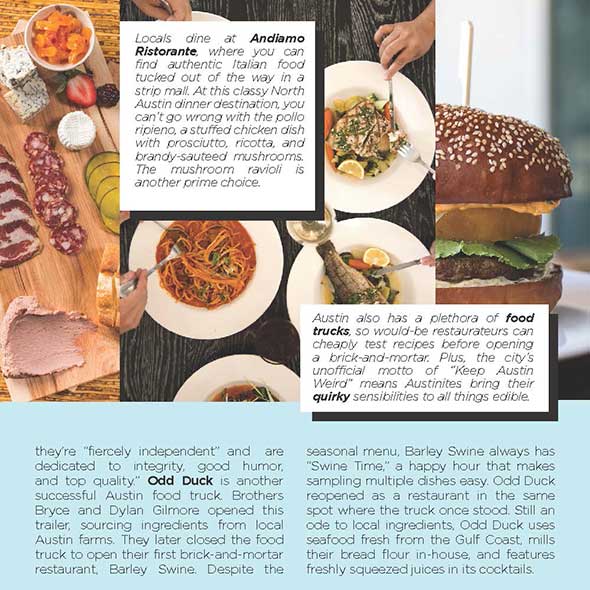 If your business is in need of creative ways to get customer engagement, we would love to hear from you.

Be sure to check out our other case studies, including the Rise Against Hunger Meal Destination Video.